Do NOT elect my students! 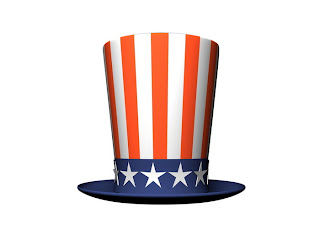 My class has been OBSESSED with the election.  Kind of interested?  Totally normal.  7 year olds watching ALL the debates and then debating about the debates in class...not normal.  But, me being me, took their interest and ran with that shit.  We read two books: Duck for President and Grace for President.  Both are awesome books so check them out.  Anyway, we made campaign posters for our preferred candidate, had speeches and debates on behalf of our candidates and wrapped stuff up with both a popular vote and an electoral vote. Guess who won the popular vote AND the electoral votes? Duck.  My class voted for a duck.  A DUCK.  The closing argument that sealed the election for duck?  "Ducks quack."  He won by a f*cking landslide.  I love my class but this makes me very concerned about the future of our country.  We are also publishing a book about what they would do if they were the president.  This is also very very very very very very very very concerning.  Why am I so concerned?  Well one precocious little boy (we'll call him Concerned Citizen-CC) wants to make all alcohol illegal.  If you drink and get caught you go to jail for one year.  His original plan was to have all stores that sell alcohol only sell wine.  When I broke it to him the conversation went like this:

Me: Why do you want to make all alcohol illegal?
CC: Because when people drink they make bad choices like crash their car and damage their brain cells.
Me: Ok...I hate to break it to you, but your plan isn't going to work.
CC: Why not?
Me: Because wine is a type of alcohol.
[silence]
CC: Yeah, but it has way less than whiskey.
HOW DOES THIS KID KNOW ABOUT WHISKEY?!?!?!?!
Me: True, but it does still have alcohol.
CC: Got it!  They can only sell root beer!

Be concerned people...seven year olds are bring back prohibition.  This makes me want to have a drink...

Another child wants close all the cigarette and chewing tobacco factories to help prevent cancer.  Good plan, but when I asked him what his plan was for all the factory workers he thought for a minute then quickly wrote, "I will build more Targets so factory workers can have new jobs."  Good plan kid, good plan.

The most concerning was a child who wrote (and I quote) I would mach lest skool so kids cand hiv mur fun.  Translation: I would make less school so kids can have more fun.  You don't need more fun, you need more f*cking school!!!!

I didn't let my little budding politicians get off easy.  Anything they wanted to do they had to think of problems it might create and/or how to pay for things.  There were tears, and I mean TEARS over the idea of raising taxes to pay for services.  Finally one child settled on having a massive fundraiser so she wouldn't have to raise taxes twice.  There was also a very impressive impromptu debate between two passionate students over the idea if taxes should be raised/lowered and the benefits/drawbacks.  One thing I was totally expecting and was SHOCKED didn't happen-no one wrote why they wouldn't want to be president.  I rode some of them pretty hard about the repercussions of their laws and decisions and I really thought someone would change their mind.  So watch out America...a crap-load of seven year old are planning on running for president to making less school, no alcohol and a lot more Targets.

Posted by The Surprise Dyke at 7:32 PM No comments:

It's been months since I've blogged and a lot has changed.  I've moved to a new school and a new grade level.  Both have been wonderful and positive things.  Speaking of positive things...we're having a baby!  Our little peanut is due the end of May, right in time for summer vacation.  I'm not certain if I'm going to keep this blog active now that we're having a little one, but I'm not quite ready to shut it down either.  All I know is that life has become more hectic, and will only continue in that direction.  I'm up for the challenge!
Posted by The Surprise Dyke at 4:46 PM 8 comments:

WOW. My last post was in December. How did that happen??? Oh yeah...f*cking MS. That's how it happened. It started with some balance issues, then the headaches, using a cane, and then the ever so fun vision problems. My doctor put me in the MRI and still no lesions, but permanent vision damage in my right eye from the optic neuritis. I guess I should be more grateful...I've had optic neuritis twice in my right eye and once in my left...two times I got away with no permanent damage...third time was not the charm. I took some time off work to get better and pretty much kept to myself. I had trouble reading, seeing and focusing. My right eye is still messed up and I'll be going to get a new prescription soon but I'm getting more comfortable with my eye and it's not feeling quite so strange. We went on the MS walk and it was confirmed that I have the best wife ever. I know you think your spouse is the best, but seriously...she's the best. What else has been going on.....oh yeah! Our school is getting ready for the dreaded EOG testing and our whole county takes "practice tests" to help gauge where the students are. My scores weren't where I wanted them to be...but they were WAY above the county average-that's right, I'm awesome. I'm a terrible blogger, but an awesome teacher. I'm so awesome in fact, that a co-worker was out for a week and I taught both of our classes. That's right. BOTH CLASSES. She had a sub, but I did the "whole group" part of the lessons in my room with all the kids and then sent them back for their independent work. I volunteered, no one made me, but I knew with testing looming over us my co-worker would crap her pants realizing how far behind her students would be with her out for a week doing busy sub work. Hopefully now that I'm feeling better I'll be back to blogging regularly. I do want to say thank you to those of you who sent me e-mails wondering if I was ok/fell off the face of the earth :-)
Posted by The Surprise Dyke at 5:36 PM 3 comments:

The Surprise Dyke
I'm just a married gay woman trying to navigate the very straight world around her. I'm a gluten free vegetarian trying to make it all work in a wheat filled world...

Be an activist in your community

You can find me at:

I'm other places too